Detailed information about the individual trails can be found in the trail report.

Detailed information about the individual trails can be found in the trail report. 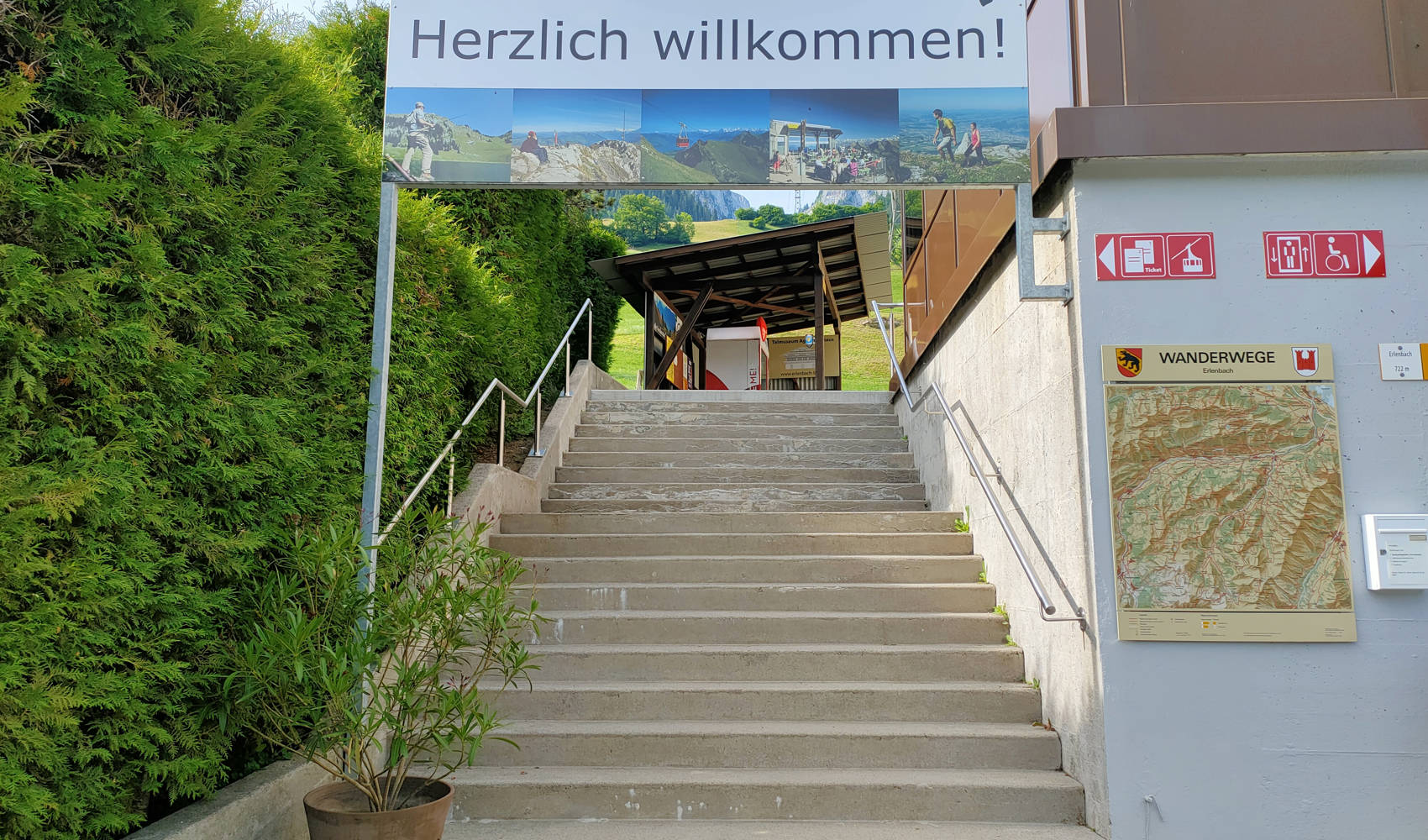 Take the A6 freeway via Bern-Thun-Spiez to Wimmis, then in the direction of Zweisimmen as far as Erlenbach i.S. There is a large parking lot directly on the main road at the valley station at the end of the village (charges apply).

Arrival from Bern you have two options by train:

The first option is the direct connection with the RegioExpress in the direction of Zweisimmen. Your destination stop is called Erlenbach i.S., which you will reach after 1h04min.

The second option is the train in direction Interlaken Ost. Here you have to change in Spiez to the train direction Zweisimmen. You will also arrive at the Erlenbach i.S. stop after 1h04min.